About the Devon Rex Breed 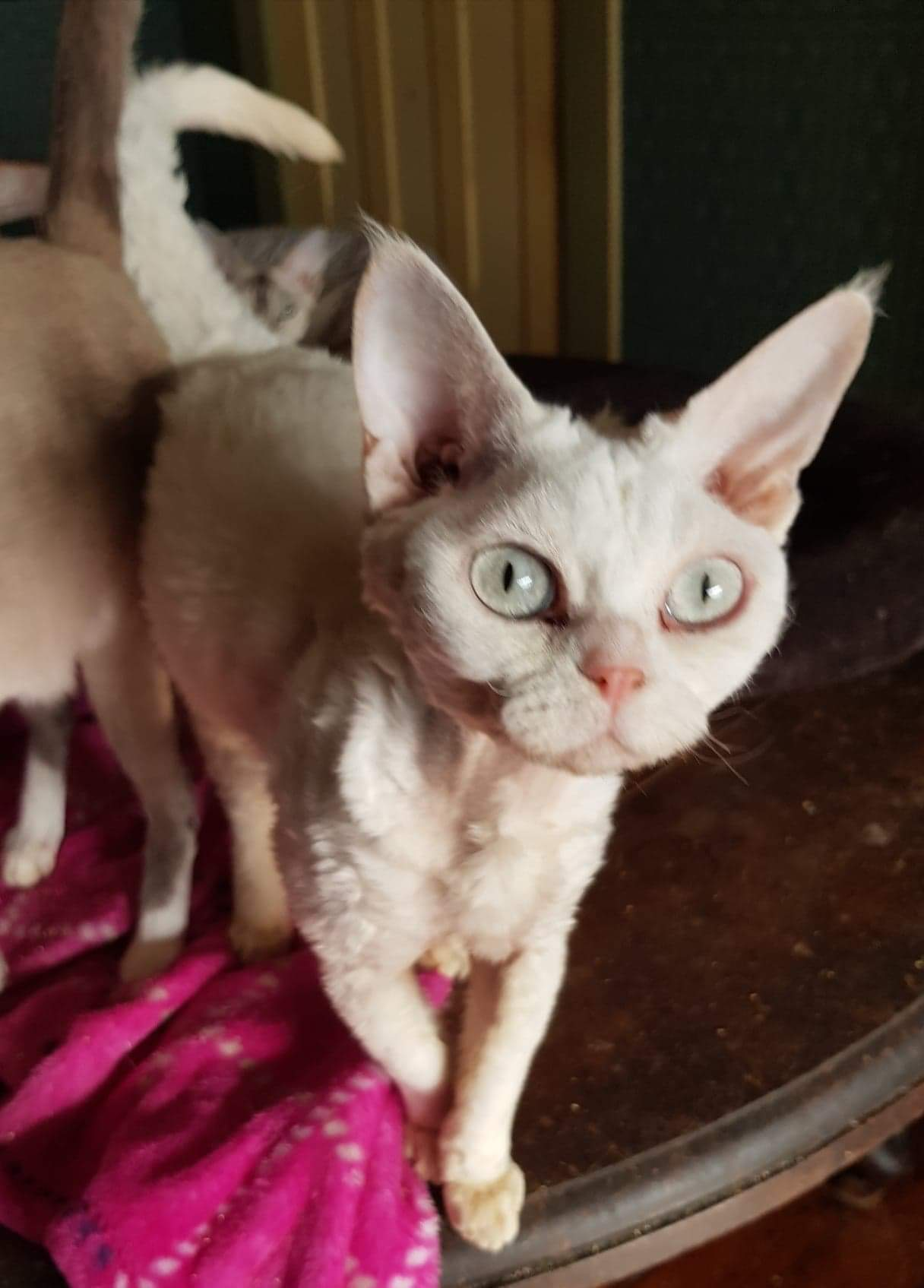 The Devon Rex is a breed of intelligent, short-haired cat that emerged in England during the late 1950s. They are known for their slender bodies, wavy coat, and large ears.

The curl in Devon Rex fur is caused by a different mutation and gene than that of the Cornish Rex and German Rex, and breeding of a Devon with either of those cats results in cats without rexed (curled) fur. Devons, which are medium-sized cats, are often called "pixie cats" or "alien cats" because of their unique appearance. Their uncommonly large, slightly rounded ears are set low on the sides of their wide heads, their eyes are large, and their noses are slightly upturned. Unlike most cats, their whiskers are very short and often curled to such an extent that it may appear as if they have no whiskers. Their body type is distinctly lightly built. Their long, sturdy legs are well suited for long leaps, and their toes are unusually large.

This breed of cat is capable of learning difficult tricks but can be difficult to motivate.

Some of our current Devon Rex breeding cats are pictured below: