About the Siamese Breed 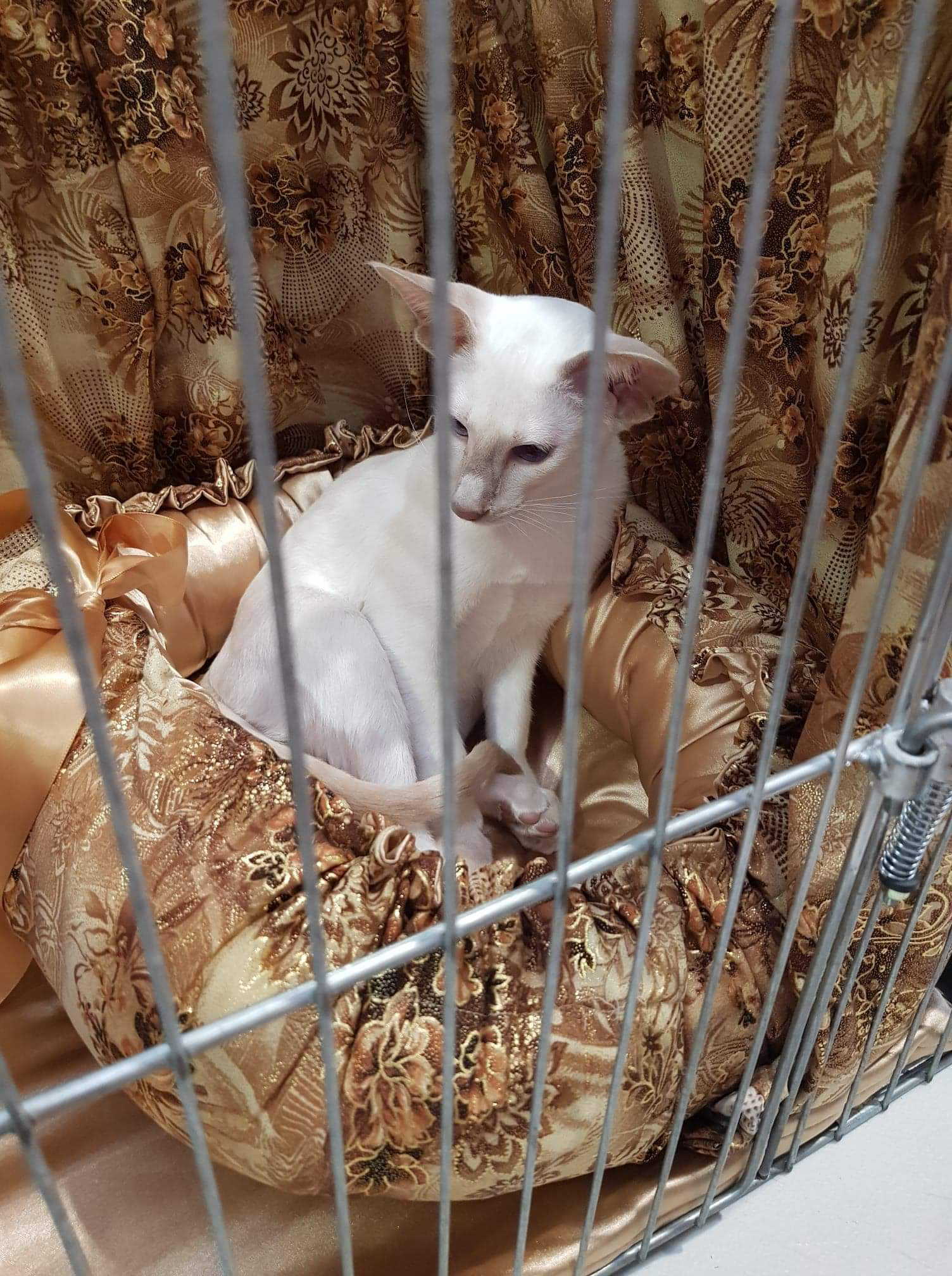 The Siamese cat is one of the first distinctly recognized breeds of Asian cat. Derived from the Wichianmat landrace, one of several varieties of cat native to Thailand (formerly known as Siam), the Siamese became one of the most popular breeds in Europe and North America in the 19th century.

The carefully refined modern Siamese is characterized by blue almond-shaped eyes; a triangular head shape; large ears; an elongated, slender, and muscular body; and point colouration (Aside from the colouration, it bears little resemblance to the original stock, and the more moderate, traditional or "old-style" Siamese, with a much rounder head and body, has been re-established by multiple registries as the Thai cat.)

The Siamese cat is affectionate, social, intelligent, and playful into adulthood, often enjoying a game of fetch.

Siamese tend to seek human interaction and also like companionship from other cats.

Some of our current Siamese breeding cats are pictured below: